It was a Thursday morning, I was 2 days shy of 40 weeks, and I felt a little crampy. I thought it was probably early labor, but I also didn’t want to get my hopes up, since I was still 2 days “early”. There was this expectation that I had set in my head of going late, if nothing else, probably for the sake of my sanity. So I wasn’t expecting him for another week or so. I had an appointment with Carmen later that morning, so I was waiting to get her opinion. Of course she was super cool about it and gave me very vague answers as to whether or not she thought he’d be born soon

But really, how could one know for sure. 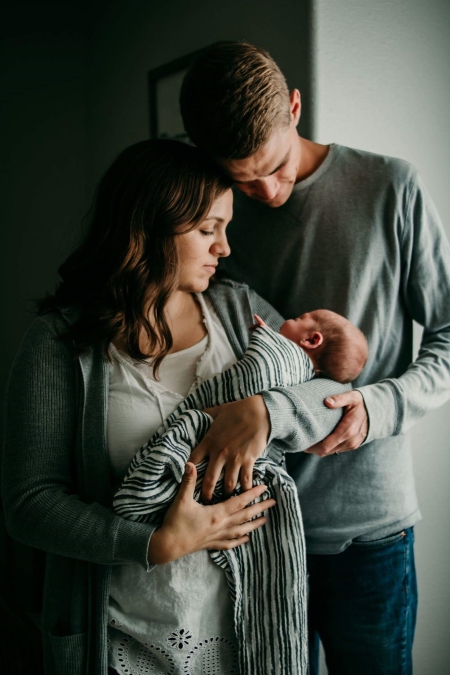 I texted my husband that I was having little cramps and thought maybe it was early labor, but I didn’t want to get his hopes up. I told him to stay at work and that it wasn’t a big deal yet, and he texted me back in a subtle (or maybe not so subtle) state of panic. It was something along the lines of, “What does that mean?????”

In an attempt to stay busy, I set up the birth pool and tried to get some stuff done while I felt up to it. Later that evening, the contractions intensified a little, so I ate dinner and watched half of The Lorax (a personal favorite).

Carmen encouraged me to eat dinner, go to bed early and sleep while I could. Funny story. The second I put my head on my pillow, the contractions kicked up a few notches and I’m pretty sure I only got about 15-20 minutes of sleep. Each moment throughout that night felt like an eternity, but somehow, the morning snuck up on us and there we were.

Carmen came over between 5-6 am (I think), probably more so because she wanted us to stop texting her. 😉

When I got in the pool, the contractions calmed down for a little while. The three of us just sat around talking like it was no big deal.

As the contractions started picking up again, the warm water really seemed to help. When we checked, I was between 8-9 cm dilated, but I didn’t feel pushy at all. Honestly the idea of pushing made me nervous, so I definitely wasn’t in a hurry. I really wanted a water birth and whenever I pictured my birth, that’s how it happened. But ever since I had gotten in the water, everything seemed to slow down. When I got out, things started to pick up a little bit.

Once I felt pushy, all the nerves went away. This is the part I really don’t remember much. Going into it, though, I’m pretty sure I thought it would be a solid 30 minutes or so of pushing and then he would be here. Looking back, I was so naive about so many things surrounding labor and birth (and especially post partum). But how can you really know until you’ve done it?

Between contractions I was instantly falling asleep. I’m not sure if this was from exhaustion or some sort of coping mechanism, but I was definitely tired and apparently I needed the rest. It’s amazing how my body just took over and did what it needed. I pushed for about 2 ½ hours, so they tell me. It honestly felt like it would never end, but I was so happy when it did. That Friday at 4:52 pm our sweet, little baby boy came into our world and changed everything for the better.

I know this is cliché, but we can barely even remember our life before him.

I’m pretty sure that I’m the world’s most dedicated homebody. With that said, home birth was so intriguing to me (after I got past the thought that it was super weird). It was so important to me to not have to worry about anyone intervening and doing something to my baby that I didn’t want or approve of. Home birth allowed the power to be in my own hands, which I love (just ask my husband).

While my birth wasn’t exactly what I expected and it didn’t go completely as planned, I felt both supported and encouraged by my husband and Carmen. I had a team of people who showed up for me (or for the baby, who really knows). The education and guidance that we received along the way gave us the confidence that we needed and craved. I’ve thought several times about whether I would have a home birth again, and my answer is yes. I can’t imagine doing it any other way. 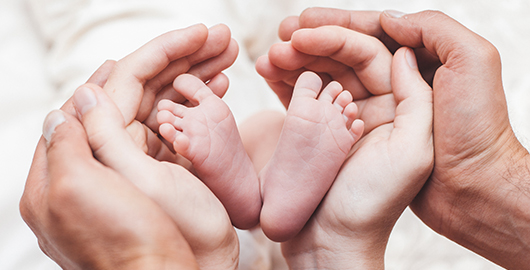